Ramón Zabalza - Priority to the real 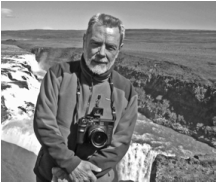 He holds a BA in Law (Madrid, 1960) and also studied in Economics and Anthropology (Madrid and Paris, 1961-1970). He taught Social Anthropology and Economics at Complutense University in Madrid (1968-1973). He took up photography in 1973.  Although at the start of the seventies he had no notion that that is the direction he would take, Ramón Zabalza already had an inkling then that the relationship between photography and anthropology could be a fruitful one. He had always used a camera and a notebook in his projects, but with poor results in terms of quality and quantity. When in 1973 he discovered the creative use of photography, he gave up his fieldwork and decided to explore the relationship between the two. Years later, he resumed that relationship in GYPSIES PORTRAYED  (Ed. Photovision, 1995), although it did not resolve the gap that exists between images and text. By the time he came to publish his book AQUA SANA (Ed. Lunwerg, 2001), the photographs had taken on a narrative structure, however the complexity that was involved in thinking about his own body in the context of this work prevented him from writing a text that managed to bridge that gap. He refined the structure in PRESTIGE 42º 15'N-12° 08'W (Ed. Tebar, 2005), but for this, the publishing requirements were such that the possibility of incorporating ad hoc text was limited. This symbiosis has been attained in BOS TAURUS, A Visual Anthropology of the Worlds of the Fighting Bull (Ed. Asimétricas, 2014). His last book WHERE?, Visualization, landscapes and morphologies of the territory (Ed. Asimétricas, 2016) deepens in this connection from a visual syntax point of view.
Courses, Lectures and Workshops